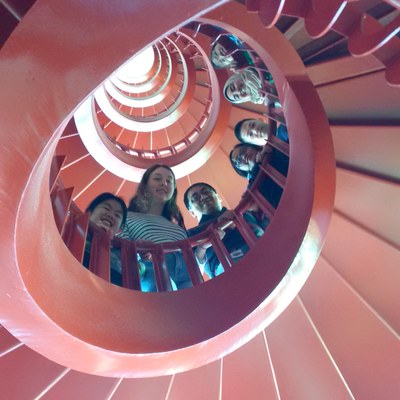 My laboratory is especially interested in understanding the mechanisms of chemotherapy resistance, metastasis and tumour progression in gastrointestinal cancers using genomics and proteomics approaches. 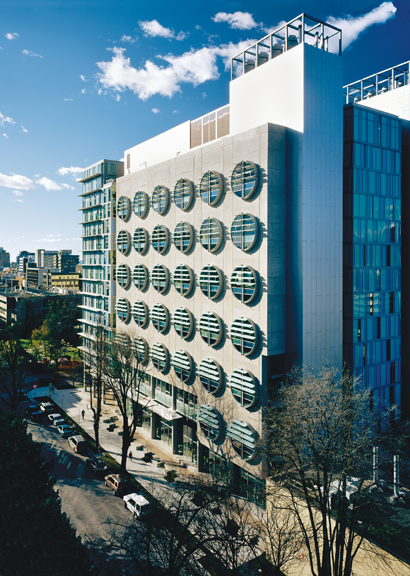 Colorectal cancer is the second leading cause of cancer-related death in Canada. The goal of this program is to develop novel easy-to-administer tests that identify individuals at the earliest, most curable stages of the disease.

Identification of Novel Genes Involved in the Colorectal Cancer Progression

The combination of poor cancer therapy response and the presence of tumour metastasis are responsible for the high mortality rate in cancer.

The overall goal of this project will be to develop a "Genomics Map" of Cancer Therapy Resistance.

The nucleophosmin 1 (NPM1) protein is frequently overexpressed in various cancers compared to normal tissues and represents a potential biomarker for maliganancy. However, its role in colorectal cancer (CRC) is still not fully understood. In this report, we show that NPM1 levels in CRC correlate with prognosis and sensitivity to chemotherapy. NPM1 expression was found to be significantly increased in CRC tumors (P < .001) and was associated with poor overall 5-year survival (P < .05). For individuals with Stage IV disease, this represented a reduction in survival by 11 months (P < .01; HR = 0.38, CI [0.21, 0.69]. In vitro, we show that NPM1 gene silencing enhanced the chemosensitivity of CRC cells and that pharmacological inhibition of NPM1 by NSC348884 triggered the onset of programmed cell death. Our immunofluorescence microscopy and immunoblot analyses also revealed that blocking NPM1 function sensitized CRC cells to chemotherapy-induced apoptosis through a mechanism that involves proteins in the AKT pathway. Consistent with the in vitro data, our patient-derived CRC xenograft model showed that inhibition of NPM1 suppressed tumor growth and attenuated AKT signaling in vivo. Moreover, LY294002, an inhibitor of the PI3K/AKT pathway, restored the chemosensitivity of CRC cells expressing high levels of NPM1. The findings that NPM1's expression in CRC tissue correlates with prognosis and supports anti-apoptotic activity mediated by AKT signaling, further our understanding of the role of NPM1 in CRC.

Inhibition of nucleophosmin 1 suppresses colorectal cancer tumor growth of patient -derived xenografts via activation of p53 and inhibition of AKT.

Cancer biology & therapy, 2021
Yu, Angel C Y, Chern, Yi-Jye, Zhang, Peter, Pasiliao, Clarissa C, Rahman, Mahbuba, Chang, George, Ren, Jianhua, Tai, Isabella T
The nucleophosmin 1 (NPM1) protein is frequently overexpressed in various cancers compared to normal tissues and represents a potential biomarker for maliganancy. However, its role in colorectal cancer (CRC) is still not fully understood. In this report, we show that NPM1 levels in CRC correlate with prognosis and sensitivity to chemotherapy. NPM1 expression was found to be significantly increased in CRC tumors ( < .001) and was associated with poor overall 5-year survival ( < .05). For individuals with Stage IV disease, this represented a reduction in survival by 11 months ( < .01; HR = 0.38, CI [0.21, 0.69]. , we show that NPM1 gene silencing enhanced the chemosensitivity of CRC cells and that pharmacological inhibition of NPM1 by NSC348884 triggered the onset of programmed cell death. Our immunofluorescence microscopy and immunoblot analyses also revealed that blocking NPM1 function sensitized CRC cells to chemotherapy-induced apoptosis through a mechanism that involves proteins in the AKT pathway. Consistent with the data, our patient-derived CRC xenograft model showed that inhibition of NPM1 suppressed tumor growth and attenuated AKT signaling . Moreover, LY294002, an inhibitor of the PI3K/AKT pathway, restored the chemosensitivity of CRC cells expressing high levels of NPM1. The findings that NPM1's expression in CRC tissue correlates with prognosis and supports anti-apoptotic activity mediated by AKT signaling, further our understanding of the role of NPM1 in CRC.

Despite advances in cancer therapeutics and the integration of personalized medicine, the development of chemoresistance in many patients remains a significant contributing factor to cancer mortality. Upon treatment with chemotherapeutics, the disruption of homeostasis in cancer cells triggers the adaptive response which has emerged as a key resistance mechanism. In this review, we summarize the mechanistic studies investigating the three major components of the adaptive response, autophagy, endoplasmic reticulum (ER) stress signaling, and senescence, in response to cancer chemotherapy. We will discuss the development of potential cancer therapeutic strategies in the context of these adaptive resistance mechanisms, with the goal of stimulating research that may facilitate the development of effective cancer therapy.

The interaction between SPARC and GRP78 interferes with ER stress signaling and potentiates apoptosis via PERK/eIF2α and IRE1α/XBP-1 in colorectal cancer.

Cell death & disease, 2019
Chern, Yi-Jye, Wong, John C T, Cheng, Grace S W, Yu, Angel, Yin, Yaling, Schaeffer, David F, Kennecke, Hagen F, Morin, Gregg, Tai, Isabella T
Therapy-refractory disease is one of the main contributors of treatment failure in cancer. In colorectal cancer (CRC), SPARC can function as a sensitizer to conventional chemotherapy by enhancing apoptosis by interfering with the activity of Bcl-2. Here, we examine a novel mechanism by which SPARC further potentiates apoptosis via its modulation of the unfolded protein response (UPR). Using mass spectrometry to identify SPARC-associated proteins, GRP78 was identified as a protein partner for SPARC in CRC. In vitro studies conducted to assess the signaling events resulting from this interaction, included induction of ER stress with tunicamycin, 5-fluorouracil (5-FU), and irinotecan (CPT-11). We found that the interaction between GRP78 and SPARC increased during exposure to 5-FU, CPT-11, and tunicamycin, resulting in an attenuation of GRP78's inhibition of apoptosis. In addition, we also show that SPARC can sensitize CRC cells to PERK/eIF2α and IRE1α/XBP-1 UPR signaling by interfering with ER stress following binding to GRP78, which leads to ER stress-associated cell death in CRC cells. In line with these findings, a lower expression of GRP78 relative to SPARC in CRC is associated with a lower IC{{sub}}50{{/sub}} for 5-FU in either sensitive or therapy-refractory CRC cells. Interestingly, this observation correlates with tissue microarray analysis of 143 human CRC, where low GRP78 to SPARC expression level was prognostic of higher survival rate (P = 0.01) in individuals with CRC. This study demonstrates that modulation of UPR signaling by SPARC promotes ER stress-associated death and potentiates apoptosis. This may be an effective strategy that can be combined with current treatment options to improve therapeutic efficacy in CRC.

Inactivation of the Kinase Domain of CDK10 Prevents Tumor Growth in a Preclinical Model of Colorectal Cancer, and Is Accompanied by Downregulation of Bcl-2.

Nucleophosmin 1, upregulated in adenomas and cancers of the colon, inhibits p53-mediated cellular senescence.

Neoplasia (New York, N.Y.), 2012
Rahman, Mahbuba, Selvarajan, Krithika, Hasan, Mohammad R, Chan, Annie P, Jin, Chaoyang, Kim, Jieun, Chan, Simon K, Le, Nhu D, Kim, Young-Bae, Tai, Isabella T
Higher cyclooxygenase 2 (COX-2) expression is often observed in aggressive colorectal cancers (CRCs). Here, we attempt to examine the association between COX-2 expression in therapy-refractory CRC, how it affects chemosensitivity, and whether, in primary tumors, it is predictive of clinical outcomes. Our results revealed higher COX-2 expression in chemoresistant CRC cells and tumor xenografts. In vitro, the combination of either aspirin or celecoxib with 5-fluorouracil (5-FU) was capable of improving chemosensitivity in chemorefractory CRC cells, but a synergistic effect with 5-FU could only be demonstrated with celecoxib. To examine the potential clinical significance of these observations, in vivo studies were undertaken, which also showed that the greatest tumor regression was achieved in chemoresistant xenografts after chemotherapy in combination with celecoxib, but not aspirin. We also noted that these chemoresistant tumors with higher COX-2 expression had a more aggressive growth rate. Given the dramatic response to a combination of celecoxib + 5-FU, the possibility that celecoxib may modulate chemosensitivity as a result of its ability to inhibit MDR-1 was examined. In addition, assessment of a tissue microarray consisting of 130 cases of CRCs revealed that, in humans, higher COX-2 expression was associated with poorer survival with a 68% increased risk of mortality, indicating that COX-2 expression is a marker of poor clinical outcome. The findings of this study point to a potential benefit of combining COX-2 inhibitors with current regimens to achieve better response in the treatment of therapy-refractory CRC and in using COX-2 expression as a prognostic marker to help identify individuals who would benefit the greatest from closer follow-up and more aggressive therapy.

Absence of MMP2 expression correlates with poor clinical outcomes in rectal cancer, and is distinct from MMP1-related outcomes in colon cancer.

A peptide of SPARC interferes with the interaction between caspase8 and Bcl2 to resensitize chemoresistant tumors and enhance their regression in vivo.

PloS one, 2011
Rahman, Mahbuba, Chan, Annie P K, Tang, Michelle, Tai, Isabella T
SPARC, a matricellular protein with tumor suppressor properties in certain human cancers, was initially identified in a genome-wide analysis of differentially expressed genes in chemotherapy resistance. Its exciting new role as a potential chemosensitizer arises from its ability to augment the apoptotic cascade, although the exact mechanisms are unclear. This study further examines the mechanism by which SPARC may be promoting apoptosis and identifies a smaller peptide analogue with greater chemosensitizing and tumor-regressing properties than the native protein. We examined the possibility that the apoptosis-enhancing activity of SPARC could reside within one of its three biological domains (N-terminus (NT), the follistatin-like (FS), or extracellular (EC) domains), and identified the N-terminus as the region with its chemosensitizing properties. These results were not only confirmed by studies utilizing stable cell lines overexpressing the different domains of SPARC, but as well, with a synthetic 51-aa peptide spanning the NT-domain. It revealed that the NT-domain induced a significantly greater reduction in cell viability than SPARC, and that it enhanced the apoptotic cascade via its activation of caspase 8. Moreover, in chemotherapy resistant human colon, breast and pancreatic cancer cells, its chemosensitizing properties also depended on its ability to dissociate Bcl2 from caspase 8. These observations translated to clinically significant findings in that, in-vivo, mouse tumor xenografts overexpressing the NT-domain of SPARC had significantly greater sensitivity to chemotherapy and tumor regression, even when compared to the highly-sensitive SPARC-overexpressing tumors. Our results identified an interplay between the NT-domain, Bcl2 and caspase 8 that helps augment apoptosis and as a consequence, a tumor's response to therapy. This NT-domain of SPARC and its 51-aa peptide are highly efficacious in modulating and enhancing apoptosis, thereby conferring greater chemosensitivity to resistant tumors. Our findings provide additional insight into mechanisms involved in chemotherapy resistance and a potential novel therapeutic that specifically targets this devastating phenomenon.

Secreted protein acidic and rich in cysteine-induced cellular senescence in colorectal cancers in response to irinotecan is mediated by P53.

A rare case of isolated duodenal metastases from hepatocellular carcinoma associated with p53 and ki-67 expression: a case report.

Cases journal, 2009
Chung, Caroline, Al Ali, Jaber, Owen, David A, Weiss, Alan A, Yoshida, Eric M, Tai, Isabella T
Hepatocellular carcinoma (HCC) is the most common primary tumor of the liver worldwide. The incidence of HCC is increasing in North America secondary to rises in chronic liver disease from alcohol abuse and viral hepatitis. HCC most commonly metastasizes hematogenously or through lymphatics to the lungs and regional lymph nodes. Involvement of small bowel is rare and typically results from direct invasion and extension. We examined the molecular features related to this extremely rare case of isolated duodenal metastasis of HCC and noted p53 and Ki-67 positive staining. Here, we review the possible molecular and immunohistochemical studies that may aid definitive diagnosis and the evidence for the management of metastatic hepatocellular carcinoma.